At WODHOPPER, we are fortunate to work with CrossFit boxes, providing gym owners with gym management software that simplifies their lives, keeps them organized and profitable, and helps them develop better athletes.

With that said, no two gyms are the same, because a CrossFit box is more than the sum of its parts. Every gym has a story, and within that story, other stories are born and developed every day. Owners have their own stories, as do coaches and members, and these stories span beyond the realm of health and fitness.

The story behind each Crossfitter propels that person forward, it motivates success, it fuels ambition and adds meaning to every achievement. This rings just as true for gym owners as it is for coaches and athletes. Every gym starts with a spark, a dream, and we take our role in keeping that dream alive very seriously.

Today we’re going to explore the story behind CrossFit Cleveland, a thriving 10+ year CrossFit affiliate. We spoke with the founders, Bill and Staci Russell about their story with CrossFit.

We Asked: How did you find CrossFit and how did you decide to start an affiliate gym?

Bill and Staci Russell started CrossFit Cleveland in April of 2007, and the gym is still going strong after more than twelve years of operation.

But the journey to starting a year wasn’t as simple and linear as one might think.

“I’m on the upper side age-wise when it comes to most affiliates,” said Bill, when I asked him about his journey with CrossFit.

Bill was in his early forties when he started CrossFit Cleveland, and he didn’t develop a love for fitness until a few years before. “I’d let myself go in my early thirties—I was about forty pounds overweight.” He blamed overeating, drinking and smoking for this slide. “I needed to turn it around,” he admitted, candidly.

After recognizing the necessity for a change, Bill turned to martial arts, the demanding Korean martial art of Hapkido, to be exact, and loved it. His friends, having noticed that he’d shaved a considerable amount of weight and increased his level of fitness, were curious to hear about how he’d made the change so quickly.

Bill was happy to share his new training regimen with many of his friends and even invited them to try Hapkido with him, but the prospect of getting everyone involved proved difficult: “The problem with martial arts,” he asserted, “is that people get hurt. My friends didn’t want to get hurt, so, unfortunately, I felt unable to truly help anyone.”

Thankfully, Bill’s opportunity to help people with their health and fitness journey wasn’t too far off in the future. While training in Hapkido, a training partner turned him on to CrossFit. Bill took a look at the website, and though he didn’t understand many of the terminology back in the day—it was 2006—his friend recommended he pick out a workout and give it a try.

“The workout just killed me,” said Bill. He was hooked.

It didn’t take long for Bill to recognize his newfound love for CrossFit as an opportunity to help those same friends who had opted out of committing to Hapkido. “Now, the men and women I golfed with could do CrossFit and get in great shape.”

Bill soon realized that many avid CrossFitters around the country were opening CrossFit gyms. He started CrossFit Cleveland in April of 2007 as a hobby business with one simple piece of knowledge and one simple goal:

We Asked: How have the goals of your clients changed since you first started?

“Almost all of our clients come to us because they’ve let themselves go. They could be twenty or they could be approaching their forties, or fifties, or sixties, and they realize they need to make a change. That’s what we do. We train inside the gym to be better outside the gym.”

Notice how Bill’s values align exactly with his own journey and experience. He wants CrossFit to impact the health and fitness of his members just as it did for him.

While CrossFit Cleveland has sent competitors to the CrossFit Games, that’s not their main focus: “I want our members to focus on how to get in better shape overall, so later in life, they will be able to play with their kids or grandkids without getting hurt or sore.”

We Asked: What about CrossFit? How has it changed?

“It’s coming full circle now. In the early days, nobody knew what CrossFit was, so when a friend brought them to a workout, they didn’t know what they were doing. Then as the popularity of The Games increased, so did interest and knowledge of CrossFit, so in 2012, 2013, 2014, people were seeking us out, practically pouring through the doors.”

Then Bill describes a period of change for CrossFit when The Games became almost difficult to watch because of the immense gap between the fitness levels of competitors and passionate athletes. Some people were scared away, and some gyms de-affiliated because of the shift.

However, Bill remains steadfast in his positive outlook, noting that he likes the direction CrossFit is going, as it aligns well with CrossFit Cleveland’s objectives as a gym.

In 2019, founder Greg Glassman’s re-focus of CrossFit toward health is showing just how helpful CrossFit can be for general health, beyond producing fitter athletes.

We Asked: For gym owners who are in their second or third year and starting to feel burnout, what do you recommend?

“That will definitely happen,” Bill admitted.

He went on to provide some advice for newer gym owners, asserting that gym owners should avoid teaching too many classes per day and coupling that with a lack of sleep. Here are some specific strategies he advises:

We Asked: How has WODHOPPER played a role in your success?

Since we strive to help gym owners achieve their goals and run successful and profitable gyms, we thought it pertinent to ask Bill and Staci about their experience with WODHOPPER.

“It just makes the task of member management, mainly the payments, so much easier.”

When I asked him to elaborate, he said, “when people change their membership status or their payment source, it just works so well—it’s so easy and intuitive, even for our part-time coaches, to understand.”

What else does CrossFit Cleveland love about WODHOPPER?

“The reporting, being able to see the daily reports and payments that were processed—it just works—and if for any reason something goes wrong, Michael and the team are incredibly responsive, more than any other provider I’ve worked with.”

Bill backed this up by informing us of his background in software service: “I understand the IT support world, and knowing how support experiences normally go, WODHOPPER just does an incredible job.”

What problems has WODHOPPER solved for CrossFit Cleveland?

“Before we got WODHOPPER, we were doing the old fashioned spreadsheet method and using recurring payments through PayPal, but it was so time-consuming. WODHOPPER streamlined that overnight. It made everything work the way it was supposed to, and it was a very easy transition to put WODHOPPER in place.”

Which WODHOPPER features does CrossFit Cleveland use most?

“It’s really member management, our members record their lifting scores so they have a good history of their lifts. I also like the communication portal, being able to send emails out is great. What’s working really well is the ability for a new lead to schedule one of our first-time classes. That is really nice.”

Staci loves how easy it is to look up athlete birthdays, and she loves the reporting. “You can pull detailed reports for each member and email the reports straight to them. Members really like that.”

What do CrossFit Cleveland coaches and members appreciate most about WODHOPPER?

“It’s so simple when someone walks into the door to register them into a system and sign them up for a free class. That part is so easy—it’s very easy to get a new person in.”

Bill and Staci also love WODHOPPER’s offline functionality, and it’s ability to save information even if forms aren’t submitted: “When you start inputting, you never lose any information. You never have to click submit, it’s just in there, so if an athlete is in a hurry, getting to a class late, you can have that saved and ask for the rest of the information later. It’s just very, very easy to get people in the system.”

What else do you love about WODHOPPER based on things you’ve seen and heard with other platforms?

“When we were shopping around for gym management software, we did a ton of research. The headaches people had trying to switch from one to the other and get all the members in and categorize them just seemed so overly complex. We met a current WODHOPPER user at a 3-2-1 Go Project seminar in Boston and he showed off WODHOPPER to Staci. That day, she decided, ‘we needed to take a look at this because it looks like exactly what we want.’”

Stories Help Us Understand What Matters

We’re thankful to Bill and Staci for offering up their stories. A gym is worth more than the ability to get people fit and healthy, and the way a gym operates is often a direct reflection of its founders’ experiences and values.

As creators of gym management software, our #1 goal is to to help gyms operate seamlessly, so they can continue to offer the best of themselves to their athletes.

Get the latest delivered to your inbox!

Thank you! Your submission has been received!
Oops! Something went wrong while submitting the form.

Behind the Box: CrossFit UXO

How To: Add a Subscription to an Athlete 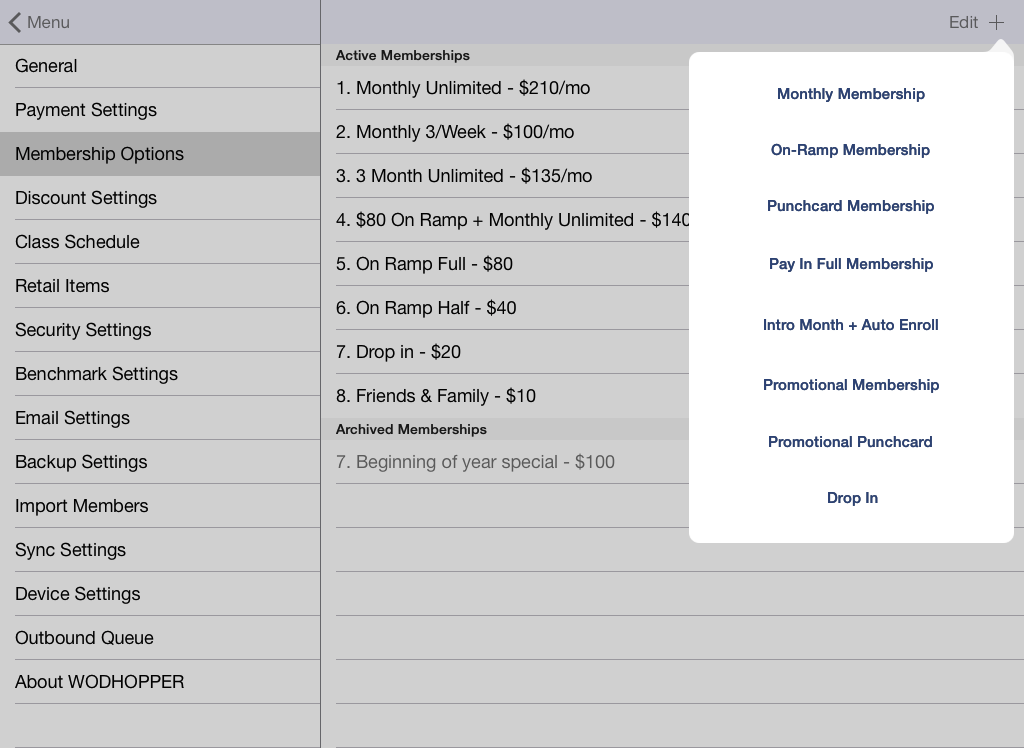 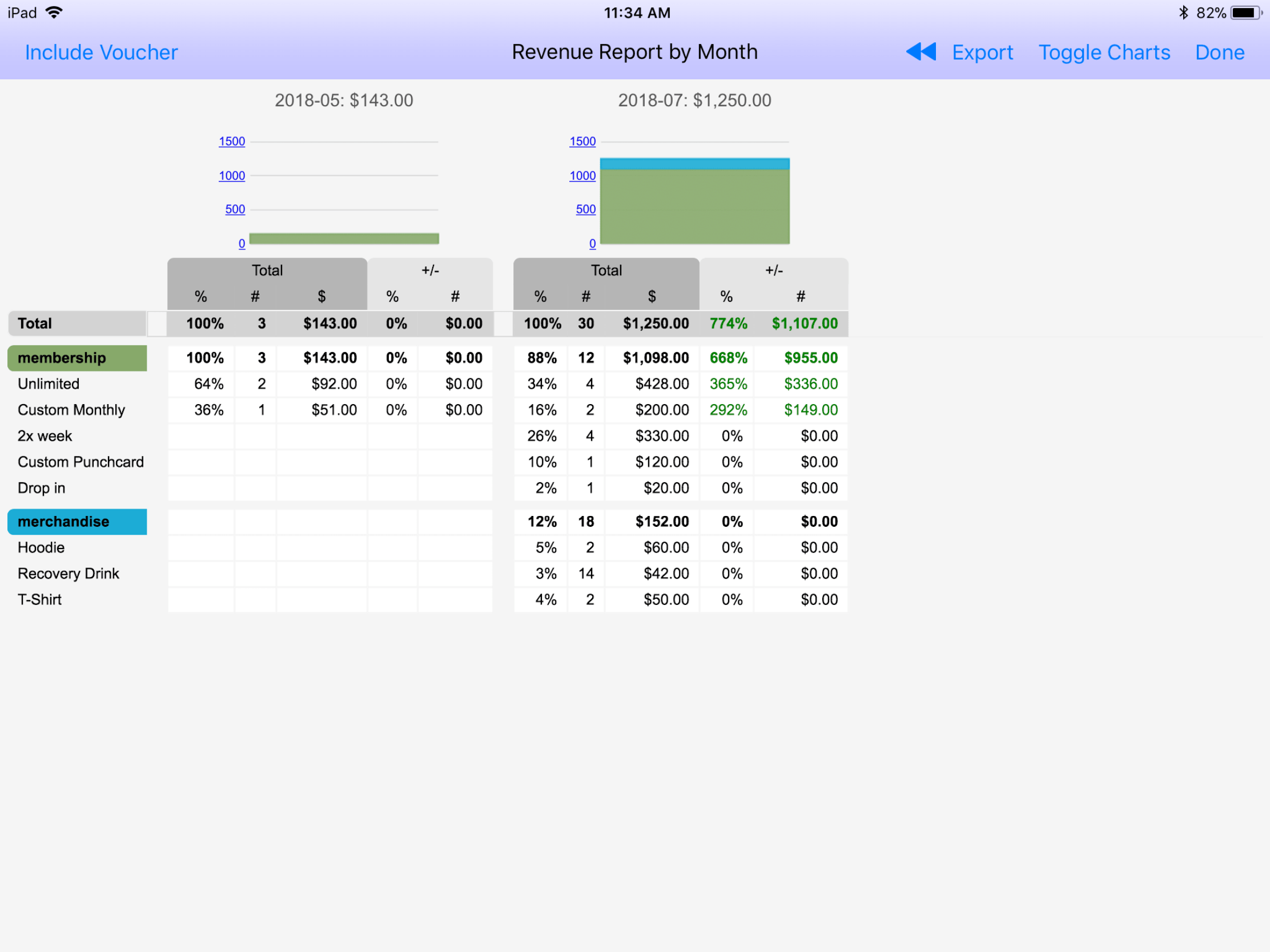 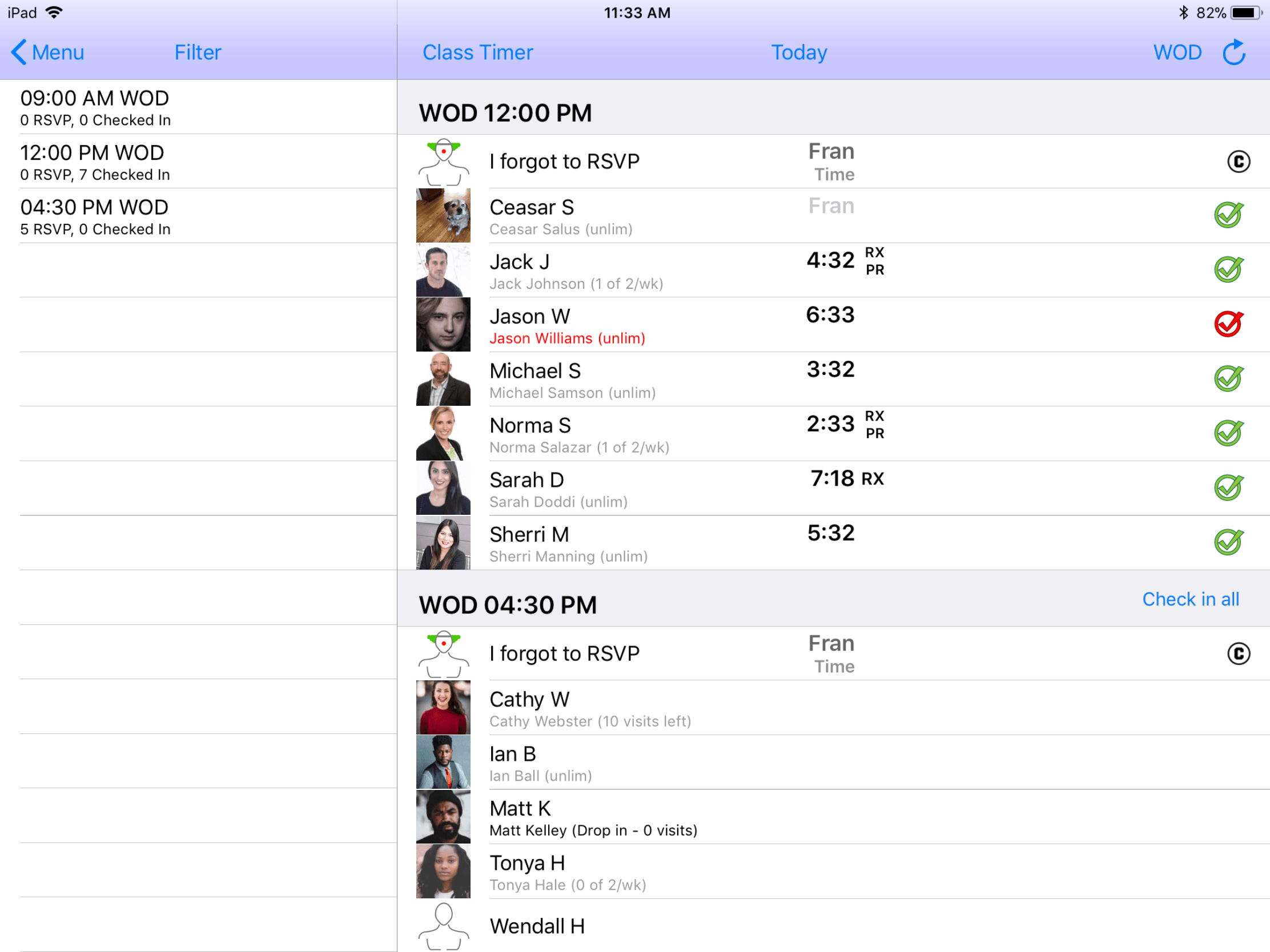 Schedule a 30 minute demo to learn how WODHOPPER will address your gym's specific pain points, and streamline your operations.
Thank you! Your submission has been received!
Oops! Something went wrong while submitting the form.

Manage your business from anywhere with our iPad App.

We want to help you manage and grow your gym in every aspect. Join our positive and powerful community and gain the knowledge, support, and passion of our team. We’ll work hard to make your gym run better, faster, and more efficiently.